How to Use Influencer Marketing for Musical Success TikTok

Over the past year, in particular, TikTok has completely transformed the music industry with 80% of users on the platform saying that they discover new music through the app, which has now surpassed one billion users. It’s time to explore the key to viral success.

With almost every video we see on TikTok accompanied by a catchy tune, and the success of music on the app only set to grow as we enter 2022, how can you ensure that your track goes viral?

To propel the success behind musicians’ tracks on TikTok, pushing them to the top of the charts.

VRTCL is a viral TikTok marketing and content agency that works with global brands, record labels and celebrities. Some of VRTCL’s most successful campaigns have successfully used influencer marketing to thrive, and this is how.

VRTCL assisted in the pre-release plan of “Stay” on TikTok by sourcing creative influencer talent to participate using the song on the platform and coming up with a variety of content ideas to tease the record before the official release. Following release day, VRTCL sourced over 60 influencers to participate in a variety of trends to generate maximum exposure with the goal of achieving virality.

The team had used resources such as drone pilots, dancers, painters, and lifestyle influencers to create dozens of unique videos over the course of two months and ultimately sourced a drone pilot whose video went viral and created over five different influencer collaborations with him over the period of time which created a viral trend on TikTok, and generated over 4.8M videos using the song on the platform.

VRTCL creates and supports all of Saweetie’s short-form content creation for social media. The team prepared a plan with her song “Best Friend” to choreograph over 10 different dances using the song until they found one that they believed could generate a trend on social media.

Following release day, the team sourced over 50 different creators to post this dance and sourced influencers of the likes of Bella Poarch, Sheri Nicole & Addison Rae, Sommer Ray, Hannah Stocking, and more over the course of three months.

Over that period, “Best Friend” achieved an all-time streaming high for Saweetie and global radio support. In addition, Saweetie achieved 1.1 million videos created on TikTok and is still continuing to grow.

VRTCL has been working on Lil Nas X songs for nearly two years and creating creative strategies and rollouts on TikTok to generate maximum success and shock value to online culture. For Lil Nas X’s single “Montero”, the team began working with the song before the release officially came out to tease the internet community of what was to come from the superstar artist.

Following this, a transition trend concept was created on TikTok that was then adopted by thousands of influencers and creators on the platform, triggering a UGC snowball online. In addition, VRTCL sourced over 40 influencers across multiple different sounds on the platform to create viral success in the song and lead it to 2.2 million video creations on the platform.

Not only has VRTCL worked on campaigns with modern musicians and songs, but some of the companies top music campaigns range a variety of genres, decades, and artists including Bee Gees – More Than A Woman which has now been used on 307k videos, and counting.

To date, VRTCL has propelled the success behind five TikTok #1 Singles, 20+ tracks breaking through Billboard’s Top 10 charts, and more. VRTCL’s vast portfolio now spans labels like Universal Music Group, Atlantic, AWAL, Republic Records, and Sony; to artists such as Lauv and Saweetie; to some of today’s most pivotal music projects like Lil Nas X’s “Montero” and Kid Laroi and Justin Bieber’s “Stay”.

We predict that the musical growth and success on TikTok is only going to excel further, and for brands, working with influencers could be the perfect way to engage an audience to use a viral sound in order to push your product or service in the hope that it will go viral too. 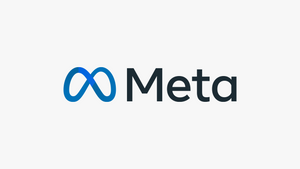 
Why Ignoring Meta's Shops Could Destroy Your Brand 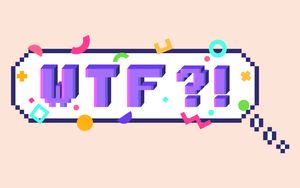