Fashion Week: How Influencers Have Diversified the Catwalk

Moschino’s Spring 2022 show was praised by many observers as the most diverse and inclusive in the history of New York Fashion Week. This could indeed be a watershed moment for influencers who have been driving fashion’s move towards inclusivity for years.

Gen Z has an instinct for knowing when brands aren’t being authentically inclusive. I would suggest that this instinct isn’t generational and that most of us can spot tokenistic inclusivity and diversity tactics – particularly those of us who keep an eye on the mechanisms of the fashion industry.

So, when Moschino delivered a fashion show that felt authentic and unforced, it represented a victory for those influencers who have pushed for genuine inclusion and representation.

While we have seen diversity increase at fashion weeks across the globe for several seasons, nothing has yet compared to Moschino’s sense of genuine diversity, one that reflects the spectrum of its global audience and the new fashion era: the age of Instagram.

Perhaps it is unsurprising that the show was the creation of Jeremy Scott, Moschino’s creative director since 2013. A few years back, he told The Guardian: “I hate the idea of exclusivity”.

It was a striking comment given that high fashion sells itself on the very idea of its exclusivity. Scott has always attempted to diversify his models and be as inclusive as a major fashion house allows.

For as long as I have been involved in influencer marketing, I have been struck by those influencers who have asked for a shot, a voice, and an opportunity. These influencers have generally been deemed to not conform to fashion’s model of beauty.

A campaigning attitude had to be adopted to awaken an industry that claims to be creative and forward-thinking. Three of these influential model/influencers appeared in the Moschino show:

When Aaron appeared for Moschino, she became the first model who uses a wheelchair ever to walk for a major luxury fashion brand. At age 14, she wrote a memoir entitled This Kid Can Fly and began to attract a considerable Instagram following.

Her campaigning brought her to the attention of editors at i-D and Dazed. Having gained legitimacy through these fashion editorials, she was signed by an agency and has worked with Naomi Campbell, Miley Cyrus, Dove, Nike, and Sephora.

Winnie Harlow was discovered as an influencer by America’s Next Top Model host Tyra Banks on Instagram and appeared on the show in 2014 as one of 14 finalists. She personifies both the power of the influencer and the progress they have helped to drive.

When she walked for cult label Ashish at London fashion week a year later, it was a lowkey event that gained relatively little interest.

Six years later, Winnie has appeared in campaigns for Fendi, Marc Jacobs, and Swarovski and graced the covers of Vogue, Elle, and Grazia.

Using her platform to relentlessly call for more plus size and black representation on the catwalk, Precious Lee was determined not to listen to those who told her “If you’re big and black, you could be the lingerie girl, the swim girl.”

Precious was determined to become a high-fashion model and open doors for the underrepresented. She is currently the cover star of the most important edition of any fashion magazine on the planet, the much-coveted September issue of Vogue.

While the success of these influencers is remarkable, we should not forget those influencers who have campaigned for years, and, while they may not regularly bask in the glamour of international catwalks and magazine covers, are frontrunners to fashion’s diversity and inclusion.

Bernadette Hagans is a Northern Irish amputee and model who has created her own content for the last three years. She eventually signed with an agency and, as she began to garner more attention, used it to highlight the charities with which she works. Last year, she worked with shoe brand Kurt Geiger.

For Tess Daly, who suffers from spinal muscular atrophy (SMA ), making beauty tutorials was important because, as she told the BBC, she wished there were more people like her publicly visible when she was growing up.

“So many people with disabilities have told me that I’ve given them the confidence, not only to embrace their disability but to also pursue their own love of make-up,” she told them.

200,000-plus Instagram followers later, Tess was invited to join campaigns for Boohoo and Pretty Little Thing.

And then there is Ellie Goldstein, the teenage influencer born with Down’s Syndrome, who, at the age of 15, decided she wanted to model. In November 2019, attending the Photo Vogue Festival, she was scouted by Gucci.

Last year, Gucci posted a picture from that very festival. It became their most-liked post of all time.

The genuinely inclusive show that Moschino created in New York must, we hope, be mirrored at London Fashion Week. But remember: an authentically inclusive show is like a must-have fashion item – hard to define, but we know it when we see it.

And to that, we owe thanks to the influencers of today that have helped diversify our catwalks.


The Ethics Behind Influencer Gifting


What TikTok Made Cool: The Virtual Resumé 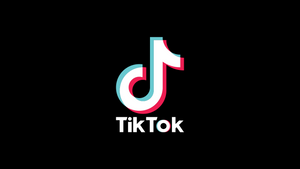