A Practical Guide on Activating Influencer Marketing Strategy in the Metaverse

A year ago, if you asked someone walking down the street if they’d heard about the metaverse, they’d have probably told you no. Google’s search trends show a pretty low level of interest in the metaverse throughout the whole of 2021, until a large and very obvious spike towards the end of last year. Now, it’s all everybody’s talking about. Love it or hate it, it’s a buzzword that’s been brought into mainstream society – no doubt partly a result due to Facebook’s rebrand in October last year.

Apparently, the metaverse could be an $800 billion industry by 2024 – so where does influencer marketing fit in? Influencers and creators hold power in connecting with consumers that brands can harness, and the metaverse presents the newest opportunity to do so.

Nobody has mastered the space yet, but with an open mind, here are three ways to activate influencer marketing strategy within the metaverse.

The metaverse sounds complicated, but don’t overcomplicate it

When social media became a ‘thing’ we went through the same frenzy: a new technology, and a new way of connecting people and brands. Likes, comments, pages, profiles, tweeting, creating groups… widespread panic. Now we have NFTs, crypto-whatsits, chains with blocks, and everything else… sounds complicated. Widespread panic, again.

When new technologies emerge, we simply have to look at them as a new space to apply existing principles.

In the world of influencer marketing, in basic terms, an influential character does something on behalf of a brand to affect the purchase intent or respect of a consumer. Up until now, influencers could physically show up at an event, or they could appear through content on social media. Now, they also have the chance to connect with consumers within an environment in the metaverse.

However, don’t forget, we’ve been exposed to a form of the metaverse for a while already. Online games like Red Dead Redemption, Call of Duty, and Fortnite allow people to connect virtually to some extent. Blockchain has simply enabled online games and worlds to become more open and accessible to everyone, including brands.

The metaverse is really exciting, but no one really knows exactly how to use it yet. That’s the beauty of it: opening up even more opportunities for people and brands to connect. It may seem overwhelming, but it’s important not to overcomplicate it.

Influencers can be successfully used for both within the metaverse. Brands might decide to use influencers that are more familiar with virtual worlds to co-create a virtual experience in something like Decentraland, which could then be promoted through the influencer’s more traditional Instagram and YouTube channels. Or, they might choose to have influencers wear virtual clothing on their avatar to promote a new line the brand is launching in the real world.

Both are very valid options – brands just need to make sure their objective is clear before diving straight in. Places in the metaverse can become another part of a brand’s ecosystem, just like social media did a couple of years ago.

Just because virtual influencers are new and exciting, it doesn’t automatically make your idea good

They are personalities brands can authentically partner with to drive respect or purchase intent. Whether creating their content by programming a computer-generated image, or capturing it using a smartphone in real life, the way to approach using them is the same as with physical influencers.

We’ve been dealing with influential computer-generated personalities for decades – Woody definitely made me want a pair of cowboy boots in my younger years. We’re just seeing ones that are way more lifelike now. And of course, fictitious characters are nothing new… just look at your favourite sketch comedian.

If brands choose to work with a virtual influencer, whether their activity lives in the metaverse or on their more traditional social media channels, they must remember the strategic and creative process surrounding the partnership deserves the same attention as any other influencer. Just because they’re virtual, doesn’t mean every idea that uses them will be good.

There’s no established formula for the metaverse yet. It’s all about testing and learning. Don’t overcomplicate it, think about activation versus distribution, and remember at the end of the day, virtual influencers are still influencers. Brands must be brave, try new things, and evolve fast. That’s how they’ll win.


What’s Next for Pinterest – and What Does it Mean for Influencers? 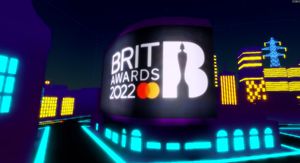