However, the app also came under a lot of pressure in the second half of last year, with the threat of a potential ban in the US hanging over it for months. India, Indonesia, and Bangladesh all implemented bans of varying lengths (permanently, in India’s case), all of which added to the cloud of uncertainty that temporarily surrounded TikTok.

Of course, TikTok’s enormous popularity with users did not go unnoticed by Instagram. Opportunity is a ladder that the competition is always looking to climb, and – perhaps scenting blood in the water – Instagram had TikTok’s crown in its sights when it launched Instagram Reels in August 2020. It is hardly a coincidence that, after trialing ‘Reels’ in Brazil, India was among the very first to get access when Reels was rolled out to over 50 countries worldwide.

How are TikTok and Reels similar?

Both TikTok and Reels offer users the tools to make and share short videos between 15-60 seconds. You navigate the videos by scrolling up and down, like a feed, not by tapping or swiping side to side as users are more accustomed to on other platforms. Video creators have multiple tools at their disposal to edit their videos: most notably filters and the ability to search for sounds to score their video. Users are also strongly encouraged to engage with each other through ‘response’ or ‘duet’ videos (users can duplicate videos and add themselves in alongside).

Both TikTok and Reels boast an engagement rate that blows Instagram posts and Twitter out of the water. Influencers with followers ranging from 1,000 – 100,000+ were compared across the three platforms, and TikTok had an average engagement rate of 7.7% — compared to 3.8% on Instagram Posts and 0.7% on Twitter.

With TikTok’s users so engaged in the app, this makes it one of the most effective mediums to target them with authentic, original, and compelling content. By contrast, Instagram is keeping the details about Reels usage under wraps at the moment, so it’s hard to draw some concrete parallels.  However, 20 of the 30 NBA teams use Reels, and those that did averaged a 22% higher engagement rate than their Stories. High-end fashion brand Louis Vuitton averages seven million views per Reel. Instagram is really promoting Reels, encouraging potentially reluctant adopters by rewarding them with increased reach.

How are TikTok and Reels different?

TikTok has a more engaged audience pool; users go to the platform specifically for short-form video content. The hashtags are often connected to various ‘challenges’ that engender a lot of organic user-generated content. The overriding purpose of TikTok’s content is to be fun, light-hearted, and entertaining. By contrast, Instagram has so many different content formats: feed posts, stories, Reels, IGTV, and shops. The user base is drawn to Instagram for holistic visual content, and the wider Instagram demographic has not wholeheartedly embraced the new Reels function.

Instagram’s broader content offering is reflected in the demographics it attracts. Although 75% of 18-24-year-olds use Instagram, so do one in four 50-64 year olds. TikTok, on the other hand, is aggressively young and overwhelmingly populated by Gen Z. 85% of TikTok users are below the age of 34, with 42% falling into the 18-24 demographic. Hot on their heels is the 13-17 group, who comprise 27% of the platform’s user base.

Ultimately, how do they compare?

As things stand, it’s hard to escape the impression that Reels is Tiktok’s slightly poorer but quickly advancing cousin. TikTok’s unique algorithm — the much-coveted jewel in the wider TikTok crown — continually rewards great content with excellent visibility regardless of the account’s previous performance. This means that users can become ‘TikTok famous’ almost overnight with one great video: you don’t need to have millions of followers to go viral.

The Instagram algorithm is supposedly designed to work in the same way. Still, it ultimately comes down to whether or not a creator uses Reels frequently enough or if they cross-post on their grid to generate similar levels of attention. The multitude of content offerings, which have built Instagram into the powerhouse it is today, also confuses creators, who aren’t always sure of the best way to maximise traction.

Instagram seems to be aware that they aren’t quite measuring up; it is now shadow-banning creators who cross-post TikTok content on Reels. If the content has a TikTok watermark, it will negatively impact the reach. This is designed to compel creators to create organic content on Reels and increase the appeal of the function.

As with so many things, the battle between TikTok and Reels will be decided in the court of public perception and politics. If the US pursues the ban and the currently dormant privacy questions are bought once more to the fore, the distance between Reels and TikTok could level, and then it’s anyone’s game! If the US decides to let the ban quietly fade into the background, Instagram Reels currently have a mountain to climb to catch up with TikTok. 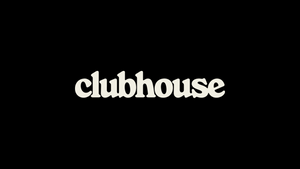