Why You Should Be Investing in a Content Strategy for TikTok

Guest Writer February 5, 2020 — 3 minutes read
Now with over 800 million monthly active users across the world, TikTok is a force to be reckoned with. That number is already greater than Twitter and Snapchat combined. What was once considered a hard to comprehend platform is now creating a sense of urgency for brands to shift resources towards and create dedicated programming. Before you get started, here’s some context on both how and why you should be investing in a content strategy for TikTok.

Why it’s time to invest

TikTok has captured the Gen Z audience and forced competitors to figure out their own solutions.

Recently, at the Digital Life Design Conference in Munich, Snapchat CEO Evan Spiegel responded to a question regarding his opinion on TikTok as a platform. Two things he said caught my attention.

Firstly, he views the overall social content landscape as a pyramid. In his eyes, the base of that pyramid is “self-expression and communication,” which Snapchat embodies. The next layer of the pyramid is “status,” with the belief that in its original construct, social media is really about garnering likes and comments (like on Facebook, Twitter, and Instagram). Then the top of the pyramid is “talent,” which TikTok encompasses.The second was his response when he was asked if he thought TikTok could be bigger than Instagram. Spiegel replied: “I think it’s certainly possible because this talent-based content is often more interesting than status-based content.”It should be noted that this view is coming from the CEO of a company that has since alienated some of the biggest talent ambassadors from its platform. Celebrities like Kylie Jenner, who was creating exclusive content on Snapchat before the well-documented backlash over an unwelcome interface redesign forced her and others to depart the platform. What a drastic change of heart.

How you should approach TikTok

TikTok is the most unique social platform we’ve seen to date, which means it can’t be approached the same way as other platforms. Here are two things to consider before you approach your programming strategy.

Make TikTok its own vertical within your organisation

Don’t rope the platform in with your other social programming strategies. TikTok is not Facebook, Instagram, or Snapchat. It is by far the most creative, entertaining and unique platform that currently exists in the social category. You should ensure that TikTok is approached by a different team and led with a mindset of taking smart risks and embracing creativity. The person who leads your strategy should be someone whose natural instinct is to immediately open TikTok whenever they check their phone, someone who understands the platform and is independent of your current social team. If you come across a person that understands the platform and says they don’t use Facebook, hire them on the spot.

Invest the necessary resources to grow the platform

Let me propose a hypothetical for you to consider. If you could go back to 2013 and re-do your content strategy for Instagram after it was purchased by Facebook in 2012, what would you do differently? If it were me, I would have dedicated more resources towards the platform with a focus on growth. In the early phase of any social network, there is an incentive for being first-to-market as a brand. For example, look at National Geographic on Instagram. In December of 2012, they were at 640K followers. Seven years later, they are at over 130 million followers. National Geographic invested resources in its programming strategy and took advantage of a platform that was growing rapidly. Their dedicated investment helped them become pioneers and propel them to grow over a period of time much faster than their counterparts and stand out amongst the noise because the team had ears on the ground. Right now, TikTok for brands is currently in the phase Instagram was in 2013. The opportunity is right in front of you. Invest the resources now and groom the platform, as it could be worthwhile for you and socialise your organisation with a Gen Z audience that is far and away from a different breed as their entire lives have involved technology.If you follow these steps, you will be in a prime position to establish rapid growth within the platform over the coming years. Hire someone that knows the platform and give them the resources necessary to grow it. Strive to be the Nat Geo of TikTok.
Share this post
The link has been copied! 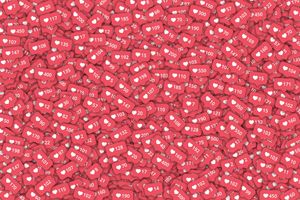 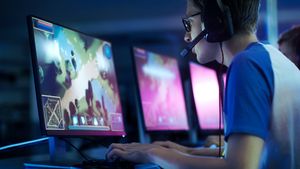