The Cannes Lions International Festival of Creativity returned this week (June 18-22) to recognise and reward the best organisations involved in creativity, advertising, media, technology and innovation.

With the growing progression of digital and influencers using social media over the past year, the annual event drastically reshuffled its program and staple awards, which saw new categories added – including the eye-catching Social and Influencer Lions.

There’s no denying that influencer marketing has become a solid avenue in the creative and performance world, with more brands harnessing the power of authentic relationships to promote their campaigns. Recent stats show that 86% of marketers are now investing in the channel with an additional 39% set to increase their budgets on influencers in 2018.

With influencer marketing in the spotlight at Cannes, there were talks and announcements surrounding the channel, so here’s a breakdown on some of the key takeaways from this year’s event.

Straight away a big move came from Unilever’s chief marketing officer Keith Weed when he announced that the brand will no longer be working with influencers who buy fake followers as it continues to crack down on transparency. Wood also added that they will prioritise working with partners who increase transparency and help prevent bad practices throughout the digital ecosystem.

While he said the channel has “its dark side”, Wood was positive of its growth and encouraged the industry to take steps to ensure the market and channel is fit for purpose.

Despite the continued developments of its platforms to benefit advertisers and content creators, the last 12 months for Facebook as not been particularly fruitful – most noticeably the platform’s fallout from the Cambridge Analytica scandal where 87 million user profiles were used for data purposes in the run up the US presidential election.

On the publications’ relationship with the social media platform, The New York Times CEO Mark Thompson said they found it more difficult, following the suspension of its paid promotion due to Facebook’s issue-ads policy which pushed some of its content in with political/advocacy ads.

“There are incredibly complex algorithms which are changing, optimising and changing the whole time, which neither the marketing industry, publishers nor the public has any detailed understanding of,” said Thompson; “We constantly hear about good intentions from all the platforms. But I do feel this is the moment where, whether it’s voluntary or through regulation, that we have a statutory [law] or that we understand exactly how these things are happening.”

Of course, the most talked about aspect of Cannes this year was the introduction of the Social and Influencer Lions to celebrate creative and strategic influencer marketing solutions – showcasing levels of engagement, social reach and commercial success.

A total of 67 Lions were awarded among Gold, Silver and Bronze levels, followed by the top prize the Grand Prix. The Grand Prix was awarded to Nike’s “Nothing Beats a Londoner” ad campaign by Wieden & Kennedy London, featuring London athletes training and performing in their hometown.

The campaign excelled on social media which saw sports stars and celebrities posting individual screens on Instagram and linking them to the next competitor. Facebook’s VP and chief creative officer, Mark D’Arcy, said: “this is how culture gets shaped and it is pretty incredible”.

Tech companies, creative and advertising agencies alike shared some thoughts on this year’s Cannes Lions with NMPi’s CEO Luke Judge calling it a week of fascinating, informative, exciting and occasionally sobering discussions about “the present and future prospects for the advertising industry.”

This comes following the media agency acquiring US-based creative specialists Joystick, expanding its range of services from media, technology and creative through to experiential.

“They should embody your values and represent you positively,” he said; “Rushed influencer campaigns without background checks, or self-serve platforms that allow anyone over a certain number of followers to submit content, are leaving brands open to fraudsters.” 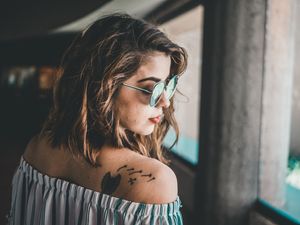 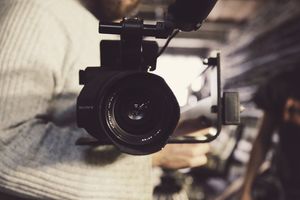