Last Tuesday, YouTube sent the creator community into a frenzy with the bold announcement that it would be monetising Shorts in 2023. The platform’s official blog states:

The move suggests a huge earning potential for creators of short-form content – finally. Outside of brand partnerships, short-form creators have struggled to make significant money directly from their content. The reason for this: TikTok’s creator fund.

By far the current dominant platform of short-form content is TikTok. In July, the platform’s partnership with Neuro-Insight revealed that its community is “more frequently and more consistently engaging with content on TikTok than they are on other platforms”. It was reportedly the top-grossing app globally in 2021. Its success has also inspired countless clones from competitors, including YouTube Shorts. But despite its popularity, it is notoriously bad at paying its creators.

Earlier this year, Hank Green, who had six million followers on TikTok at the time, released a YouTube video bluntly titled, ‘So… TikTok Sucks’. Across 25 minutes, Green laments the “poisoned well” of TikTok’s creator fund, which launched in 2020 as a $200 million investment to be divvied out between all creators who could qualify. The problem with this payment model is that it is a “static pool of money” that does not grow with the increase of creators on TikTok. As more creators join the fund, the percentage received gets smaller. Whilst Green previously earned $0.05 per 1,000 thousand views, he was earning $0.025 in January of this year. “When TikTok makes more, creators make less!” Green shouts into the camera.

So, the advent of the YPP update would appear to be the antidote to this problem, a reason to get excited. Many creators have been expressing excitement, some even pushing their viewers to start Shorts accounts with all the urgency of 19th-century gold fever. But like the “wildly overblown” reports of fortunes made during the Californian gold rush, this reaction is either intentionally misleading (to get you to sign up to something), or genuinely misled – in this case by YouTube’s own unclear messaging.

Shorts content is heavily reliant on the use of copyrighted music, so YouTube has devised a means of ensuring its creators can get paid whilst also covering the music licensing costs. YouTube says that ad revenue from Shorts will be divided into two pools: the creator pool and the music pool (to pay record companies). Of this creator pool, Shorts creators will keep 45% of revenue to be distributed out based on their share of total views. However, YouTube has not disclosed what percentage of ad revenue makes up the creator pool. The absence of this information in the YPP rollout, as well as YouTube’s refusal to address the matter, speaks volumes – awkward volumes.

Then, there’s the issue of qualifying for the YPP. In order to actually become a partner and get paid from Shorts, a creator must either already be a Youtube partner or achieve 1,000 subscribers and 10 million views over 90 days. So, how difficult is it to reach 10 million views through Shorts? Again, it’s unclear.

The replies in this Twitter thread suggest different things. One user argues that 10 million views is not unreasonable, as they claim to have only 400 subscribers but receive 1,500 views on their Shorts in under an hour. Another user contends that the threshold is “crazy”, as they have 118,000 subscribers but their Shorts never get more than 8,000 views. If we were to take an aggregate of all claims and opinions, we could extrapolate that for creators with smaller audiences (who make up the vast majority), 10 million views is ‘doable’ but not without a cumbersome effort on behalf of the creator – not unlike the backbreaking efforts of fortune seekers in the gold mines, who usually made very little.

Who can benefit from Shorts?

Bearing all this in mind, it’s difficult to see how the YPP update will hugely benefit creators and influencers at large. Matthew Woods, CEO and co-founder of AFK Group, shared his thoughts with Talking Influence, stating:

“I think monetisation on TikTok outside of brand partnerships is currently limited. So, I think at the very least it will encourage all TikTok creators to syndicate their content to YT Shorts. I think most short-form content creators likely already do this across all platforms including IG and FB. At least it would make sense to do so. Where I think this move will have some impact will be to encourage existing YouTube creators to try making short-form content, as well as streamers to upload clips.”

Certainly, if a creator is already a YouTube partner, or has a gigantic following on TikTok, migrating to Shorts, even focusing on it more than other platforms, may prove more lucrative in terms of immediate revenue from content. But for those who established themselves first and foremost on TikTok, is the 45%-creator-pool-revenue enough to potentially sacrifice brand relevance or identity? Sammy Gray and Courtney Reynolds, co-founders of the Grayskitz TikTok account, which has 2.3 million followers, spoke to Talking Influence about how they perceive the YPP update:

“We came from TikTok, and our fanbase came from TikTok. For us, we would rather keep TikTok our main source of where we funnel content. A lot of creators say it isn’t all about money, but it isn’t all about money. It’s about passion as well. A big part of us is making people smile and laugh. In the grand scheme of things, it doesn’t really change things. If you spread yourself out too thin, you’ll get burnt out and your content won’t have the same kind of effect as what you want it to have.”

This isn’t to say that Shorts is a total waste of time for creators – far from it. Grayskitz also re-post all their TikTok videos to Shorts and said they will continue to do so and even that one branch of their content is possibly better suited to Shorts. The YPP update might even push TikTok to implement a better monetisation format for its creators, which would be incredibly productive. But it is unequivocally not a revolutionary get-rich-quick scheme for creators, particularly those with smaller followings. 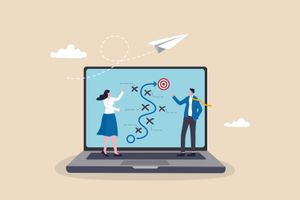 
How To Tell if Influencer Marketing is Creating Brand Lift


Connect, Learn, and Party With the Best at #IMSLDN22