TikTok launched its QVC-style live shopping offering at the end of 2021, but in some markets, it has struggled to gain traction. After initially launching in Asia, the UK was the first country outside of this region to welcome “TikTok Shop”. The feature allows brands and influencers to broadcast live, and sell products (often at a discounted price) through a clickable basket on the screen during the live stream.

The live stream commerce feature boomed when it was launched on TikTok’s Chinese sister app, Douyin, which has seen sales more than triple year on year, selling more than 10 billion products.

A stunt in growth

Hoping for a similar success rate to that achieved in the Asian market, TikTok had planned to launch the live shopping offering in Germany, France, Italy and Spain at the beginning of this year, then later expand to the US.

Unfortunately, these plans are now reportedly being scrapped. With many brands and influencers in the UK getting involved and exploring TikTok Shop Live, it seems that the results just aren’t reaching their full potential, especially in comparison to the Asian market. With targets failing to be met, influencers and brands have reportedly been dropping out of the scheme, admitting that it is not the most efficient investment of time and funds.

Sarah Penny, Content and Research Director at Influencer Intelligence, understands that social commerce is still in an early stage of development in the UK, US and Europe, where consumers feel less familiar and hence comfortable making purchases from live streams or social platforms.

“The familiarity with the format has seen live streams perform much better in China than in Western markets, which are not yet as receptive to QVC-style shopping features on social, or more specifically TikTok” , she says.

“However, there is still a lot of potential to fulfil in both Western markets, as conversion rates, on the whole, continue to remain low. This is potentially turning brands and influencers away, as they wait to see the market develop further before investing additional time and money.

“The key to unlocking this potential is growing consumer awareness and building consumer confidence in social commerce, which has been achieved in China. It’s still a very new format for consumers in the UK and Europe, making profitability a challenge. For now, the channels will need to continue persevering despite initial difficulties. As the industry develops, so will the popularity of TikTok Shop and other social commerce channels.”

For the most part, when a trend is predicted, we go on to watch its growth, and ultimately success. In this case, we have seen the reverse. Although it may seem like a shame that TikTok Live Shopping hasn’t succeeded in the Western market, ultimately understanding the market you’re in is important, and that way, investments and content can be tailored accordingly to ensure maximum ROI.


A Day in the Life: Sharmayne Anandarajah, Project Manager at The Good Egg 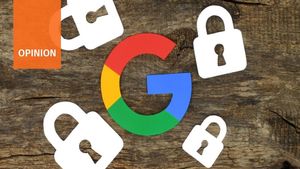