#GetVaccinated Campaign Demonstrates the Power of Influencers in Times of Uncertainty

“There’s a microchip in the vaccines…”, “the vaccines will alter our DNA…”, “vaccines cause autism…” are a few examples of the types of misinformation that spread on social media like wildfires. Governments and health organisations like the NHS and NGOs strengthened their efforts to extinguish the flames to encourage more people to get vaccinated.

However, recent events have also encouraged public mistrust of authorities and established institutions. According to a recent survey by King’s College London, 15% of the UK public believe that “reporters, scientists, and government officials are involved in a conspiracy to cover up important information about coronavirus”. This percentage almost triples to 42% among those who say they’re unlikely to or won’t get vaccinated against the virus. This study also highlights that people from ethnic minorities are also particularly likely to believe in several conspiracy-related statements.

Despite the high level of vaccination in the UK, efforts to get the whole adult population vaccinated exposed the limitations of established PR, marketing, and advertising tactics in reaching certain demographics.

The power of the influencer

On the contrary, social media influencers earned mainstream acceptance and appreciation in their abilities to authentically connect with their audiences. The UK government and the NHS have quickly recognised the need to partner with social media content creators and be more present on social media platforms to win the war of influence, especially among younger generations.

The UK government, for instance, paid Instagram influencers, including ex-Love Island contestants, to promote the NHS Test and Trace service during the lockdown, as part of a wider campaign to inform the public about the programme. More recently, the NHS also announced a partnership with YouTube to encourage young people to take up the Covid-19 vaccine with the “Let’s Not Go Back” ad campaign.

It is crucial that authorities ensure their presence on social media remains visible, as the outcome in the fight against misinformation remains uncertain.

Indeed, others have recognised the potential influencers can have in spreading false information against the virus or the vaccine. Whistleblower Mirko Drotschmann, a German YouTuber and journalist, has for instance revealed behind the scenes of an anti-vax plot to undermine public confidence in vaccines by involving influencers. It is also crucial for social media platforms to play their part by quickly removing accounts that spread fake news to ensure influencer marketing remains fair and transparent.

A look at Instagram data is useful in understanding how effective influencers can be in spreading trustworthy information across social media. In the first eight months of 2021, a total of 401 Instagram influencers in the UK made a total of 632 posts encouraging their followers to get vaccinated and incorporating the hashtags #vaccinated, #getvaccinated, #vaccineswork, #getthevax, #fullyvaccinated, and #jabdone.

Those posts were directed at an audience totalling nearly 6.7 million people, 65%  of which were in the 13–34-year-old age group. The largest audience proportion came as a result of household names like Victoria Beckham, with over four million followers, and Ant and Dec, with four and a half million followers, posting to their channels.

In the influencer world, bigger isn’t always better. Just as important as the total size of the audience is the fact that 44% of the posts came not from Instagram verified accounts but from nano-influencers, those with follower counts between 1,000 and 10,000. Followers of nano-influencers are known to be highly engaged and loyal, displaying a level of devotion and influence that even Professor Chris Whitty can’t reach.

By sharing their own stories of being vaccinated, and encouraging their followers to consider it, the influencers displayed an authenticity that could not be found in government-sponsored advertising campaigns or health-official posts peppered with medical jargon.

To be clear, influencers have not been a silver bullet in the push to get people vaccinated. Ultimately, fear sells, and the misinformation and anti-vaccination rhetoric will remain in some cases successfully in instilling doubts among the public.

However, at a time when the UK has just rolled out the vaccination programme to all children aged 12 to 15 years old, there’s no question that influencers have a huge potential to use their platform to reach a specific demographic. Spreading a community-minded message that will hopefully persuade more Brits to protect themselves from Covid-19 is just the most visible example to date, and it certainly won’t be the last.

Despite the gradual lift of all Covid-19 restrictions across the UK and a return to normality over the past months, brands and businesses would be wise to follow the authorities’ lead and consider influencers an essential element in their efforts to encourage people to get vaccinated, not to mention an increasingly important tool in their general marketing and public relations toolbox going forward.


Black Friday and One-Off Ads: A Match Made in Hell 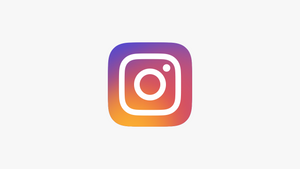