Understanding that its audience loves a ‘throwback’, TikTok recently launched the Re:Make campaign. You know what they say, ‘if it ain’t broke, don’t fix it’ – this is why TikTok has collaborated with brands such as Skittles, Snickers, and Old Spice in celebration of the iconic advertising campaigns that have shaped the industry and influenced culture. Running the campaign on TikTok emphasises how TikTok has created a brand new medium to engage, captivate and persuade audiences.

How is the Re:Make campaign looking so far?

As previously mentioned, Skittles, Snickers, and Old Spice were the first brands to action the Re:Make campaign. How it works is that the brand collaborates with TikTok to reimagine and recreate their most iconic and memorable adverts. For Snickers, it was the ‘You’re Not You When You’re Hungry’ campaign, Skittles played on the success of its ‘Touch’ campaign, and Old Spice chose to reimagine its ‘The Man Your Man Could Smell Like’ ad, which racked up over 100 awards globally.

These brands chose to work with TikTok creators and influencers who make unique and creative videos, have engaged audiences, and know the ropes when it comes to making a successful TikTok.

Snickers reimagined the classic campaign that featured Betty White by collaborating with @rosssmith, whose TikTok account features videos of himself and his grandmother. By sticking with the memorable visual which was originally an older lady in a sporting environment, Ross and his grandmother recreated the ad in a gym and titled it ‘You really shouldn’t hit the gym when you’re hungry’.

Skittles’ original ‘Touch’ campaign featured clips of people touching objects that would then immediately turn into SKITTLES sweets. Reinventing the campaign on TikTok meant that creators would each bring their own idea touch to the original concept. For example, animated dance video creator @maddiwinter used her signature animations to play on the SKITTLES ‘Touch’ effect in everyday objects.

Fragrance and toiletries brand, Old Spice, was lucky enough to bring on board the team at TikTok’s Creative Lab. The original ‘The Man Your Man Could Smell Like’ ad featured ‘Old Spice Man’ confidently addressing the camera while moving through a series of desirable, ‘manly’ scenarios, stepping from a bathroom, making his way to a yacht, then riding a horse on a beach. This ad was humorous, and that was to remain with its recreation.  The much-loved, and comedic, @munyachawawa and @niall.gray put a local spin on the campaign by incorporating UK references, culture, and distinctly British humour, showing how if the advert was to be made now, this is what it would be.

What does this mean for TikTok and the brands involved?

For the brands involved, Re:Make has allowed the emphasis to be put back on their product, ultimately encouraging a spike in sales. For TikTok, and the creators on the platform, the opportunities, and creativity of the app and those who use it are being emphasised throughout this campaign.

As well as brand/creator collaborations, TikTok users have been encouraged to produce their own remakes of iconic ads using the hashtag #TikTokReMake. TikTok said: “No matter what you’re making or selling, we believe your brand deserves to unleash its creative side and be discovered. Keep an eye on the #TikTokReMake hashtag to see how the community interprets this creative brief.” 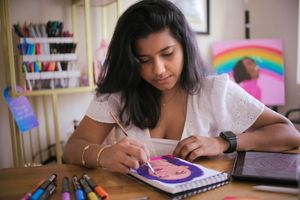 
A Day in the Life: Sravya Attaluri, Creative Director at Hello Colour 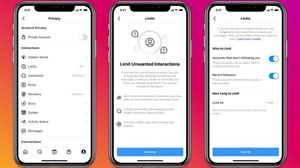