The Secret of Influencer Earnings

When anything is new or different, people are bound to ask questions and show curiosity about how it works. Those of us who understand the inner workings of the influencer marketing industry, and see it as a valid form of marketing or advertising similar to the likes of television or magazine ads, understand the value of influencers. However, there are people who question the validity of the industry and are therefore concerned about how much influencers are earning.

On one hand, it is completely valid that someone would want to keep their earnings private. Most people would be taken aback when in an interview the question, “so how much do you get paid?” is thrown in without warning, as arguably, we don’t see many cases of doctors, bus drivers, or those who work in hospitality being constantly asked about their earnings.

On the other hand, it is understandable that this is a question that is commonly asked to influencers. The industry is still in its infancy, so a quick Google search won’t necessarily provide clear insight into an influencer’s salary, whereas this information is readily available for more traditional career paths. Some may search out of curiosity, some may search as they want to know whether influencing could be a viable career for them.

So although the earnings of the individuals in the industry are rightfully private, it’s time to explore the financial opportunities that a career as an influencer can offer, especially as this becomes a reality for an increasing number of people.

What do the statistics say?

In a recent survey conducted by HypeAuditor throughout June 2021, responses from 1,865 people who self-identified as influencers and have Instagram accounts with over 1000 followers were analysed.

Only 4% of participants questioned live on income solely from their social media accounts, but 26% of respondents hope to do so in the future. Additionally, results showed that fraud continues to be prevalent with almost half of influencers (47%) reported being impacted by fraudulent activity and 50% experiencing an increase in fraudulent activity since the onset of the pandemic.

To break it down further, here are some more of the key findings:

How does this compare to traditional celebrity advertising?

According to industry experts, top celebrities can routinely earn more than £15,000-a-day when working with a major consuming brand on an advertising opportunity. Someone like a sportsperson would earn around £25k a day. Celebrity household names who are deemed relatable, for example, Katie Price, Coleen Rooney, and Rachel Riley may do a few hours of work for around £30k, and for a brand, this would guarantee them solid press coverage.

So although the opinion of many is that influencers are paid ‘too much’, if we compare what influencers earn on average compared to traditional marketing and advertising, their payment is more than justifiable, and it would in fact very likely cost a brand far less to partner with an influencer than it would to produce a television or magazine campaign.

Another benefit of choosing the influencer option is that whether macro or micro, influencers have loyal and invested audiences who feel that their favourite influencers are almost like friends to them, and in most cases, we would trust the opinion and recommendation of a friend over an advert that we see on television. 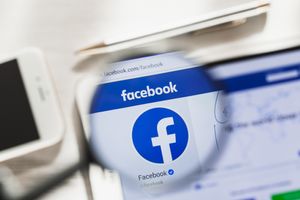