The media landscape has been shifting for many years. The way people watch, listen and read their content of choice is wide and varied, often encompassing multiple channels, platforms and devices – and that can be for one person, in a single day.

There are many reasons for this media proliferation, with the rise of smartphone ownership and mobile use near the top of the list. Perhaps you’re still reading the paper or watching the 6pm news on TV, or perhaps you get updates from Alexa, Siri, Facebook, Twitter, Instagram, or Apple news.

From the advertisers’ perspective, the multiple channels and platforms adds a complexity to their media planning – but a central tenet holds true – the main way in which brands grow is by reaching as many people as possible and increasing penetration.

And now we’ve had COVID-induced lockdowns, which have only increased people’s viewing. UK adults were watching on average three hours of live TV every day, and even after the easing of the first lockdown – when people could socialise again to some degree – TV viewing remained 11% higher than this time last year according to Ofcom.

So, there is no denying that TV still has much to offer advertisers. However, the fragmented nature of our media and people’s mobile device use means that it is now rare for people to watch TV in isolation.

An in-home eye-tracking study commissioned in the US by Facebook IQ found that 94% of participants kept a smartphone on hand while watching TV. According to the study, viewers focused on the TV screen just over half of the time (53%), and one of the top reasons they looked away was to use their phones.

While the stat is dramatic, it is not surprising. Checking social media channels has become habitual, instinctive, addictive. For many people, it’s the first thing they do when they wake up and the last thing they do before falling asleep – permeating their entire day.

This is why influencer marketing is on the rise. The increased use of social media – often alongside traditional media – combined with the rise of ad blocking technology, means brands can sidestep into the news feed with content that’s targeted, personal, comparatively low cost and can generate a measurable direct response.

That said, the public’s perception of influencers has changed – fuelled, in part at least, by the  revelations of the widely publicised Fyre Festival documentary released last year. Influencers are no longer blindly trusted by consumers. Poor, misinformed brand-badging exercises are easily spotted for their inauthenticity and an ever-changing algorithm keeps us all guessing on the true reach figures of partnerships.

From quantity to quality

Influencer marketing is evolving – it’s moving from quantity to quality, from one-off endorsements to credible long-term brand partners, from being just another paid media channel to co-creating and collaborating on ideas that deliver value for both parties.

It’s time to reassess our understanding of what we mean by ‘influencer’. Yes, an influencer might be an 18-year-old Instagrammer with 10 million followers, but it could also be a mumsnet group or an entrepreneurial network.

At the time of the previous US Presidential election, the world was divided, talk of building walls and banning Muslims and refugees meant tensions were running at an all-time high. It was at this time that Joint worked with Amazon to launch its message of global unity through the story of two friends, a Priest and an Imam, who end up buying each other the same gift from Amazon – knee pads to help protect their knees while praying.

Who can help a brand create influence?

So, as well as advertisers needing a broader perspective on who can help a brand create influence, they also need to reassess how they partner with these people or groups.

Influencers can be production partners. They are, after all, brilliant content creators. As lockdown grips the nation once more, we should look at how we might use them to create additional content for brands in the interim – without the need for as many socially distanced shoots.

They can even help beyond the realms of advertising in areas like new product development. This year, we partnered with vegan influencers BOSH! to help create the new Sheese and Onion vegan Kettle Chips. We used their knowledge and expertise of vegan flavours to help develop the new seasoning, which has since been a hit with consumers and is now going to be launched in international markets. We’ve co-created something Kettle is proud of, but BOSH! can be too – even putting their name on the pack.

It is clear both TV advertising and Influencer marketing have a role to play in our marketing plans. So, asking if influencer marketing will overtake TV advertising is the wrong question. Instead, our efforts should be spent on asking how we can best combine the two. How can we play each to their strengths to create an enticing brand experience both online and offline? Finding the right way to connect them for your audience is where the magic lies. 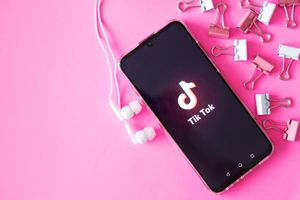 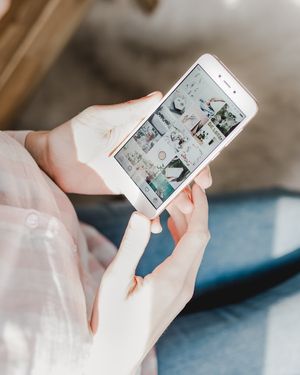