What Role Are Influencers Having on the 2020 US Election?

The sentiment of being nonpartisan has come to an end. Everyone from Fortune 500 companies to start-ups is taking a stand, which is why it is not surprising that ‘the partisan influencer’ has become a growing trend in 2020. As this new culture of partisan influencers begins to take hold of our feeds, new questions present themselves. What role will social media and the influencers who garner their power have (are currently having) on the 2020 election, and are they using this power for good?

There is a clear indication that the consumer landscape is changing, and influencers over the past three to five years have taken on a large role in how brands communicate with potential consumers. In 2018, only 39% of marketers planned to grow their influencer marketing budget. In 2020, 65% of influencer marketing budgets will increase. Additionally, over the last five years, brands have collaborated with social media influencers to create a $5-10 billion dollar industry.

Consumers are changing. According to The Digital Marketing Institute, 70% of teens trust influencers more than traditional celebrities, while 86% of women use social media for purchasing advice. Finally, 49% of consumers depend on influencer recommendations. Among this shifting landscape, compatible cultural identification and powerful stands by businesses and their leadership teams have become a popular trend affecting the minds of consumers. This leads us to influencers within the political sphere, and how the existing dependency that consumers have on influencers for purchasing recommendations could also sway their vote.

Influencers in the political sphere

During this year we’ve seen everyone from Michael Bloomberg to the Democratic Congressional Campaign Committee participate in some form of influencer marketing and even Joe Biden, who joined focus with  Ultimate Rap League (URL) to create the Ultimate Rap League Biden GOTV (Get Out the Vote) Battle Rap featuring popular battle rap veterans DNA and Charlie Clips. The Right is not to be forgotten either. Conservative student group Turning Point USA also built a network of more than 100 unpaid social media “ambassadors,” who they invite to events and gift branded swag.

Not only are politicians utilising influencer strategies but celebrities and brands alike are using their influencing power to sway and encourage votes. In August, for example, the online comedian David Dobrik, who has a history of giving away cars and sharing the experience via his Youtube page decided to bring that same giveaway incentive to potential voters. He directed his fans via his Instagram page to a voter-registration portal run by HeadCount.org and nearly 120,000 people registered to vote.

It was the single largest voting drive in the 16-year history of HeadCount. Similarly, Enthusiast Gaming, a leader in online gaming communities, partnered with two advocacy organisations; Global Citizen & Headcount to promote voting among GenZ gamers. Their Just Vote campaign kicked off in September and gathers support from artists, influencers, and media to provide young Americans a platform to exercise their voice leading up to the election. Their participation results in exclusive experiences, performances, and memorabilia, which is unlocked through checking their registration status.

These campaigns are utilising tactics to generate awareness including meticulous timing and targeting, utilising the right platform, maintaining authenticity, and of course, making sure they are covered legally, from contracts to messaging.

The interesting thing about influencers, which will make their foray into politics potentially more seamless than other influencing parties, is they have a strong ability to drive philanthropic movements and their audiences tend to have similar interests and beliefs as them, removing the risk of conflicting views or feedback. We see this in the development of their own brands (material and image), where they’re driving and becoming a major part of the overall consumer market because their followers align so closely with their likes, dislikes, taste, and more.

In order to be successful, campaigns need to focus their attention on developing ongoing relationships with these influencers who are already becoming a part of traditional entertainment such as TV and movies. Every influencer that they get in their court is a portion of the voting American population and influencers have relationships with millions of Americans as well as the platform to change minds.

It’s no question that influencers already have a foothold within the political sphere. Over the next few years, they will, like celebrities, begin to tie their power to candidates and political issues. The numbers are there and indicate that having influencers in your court is the most powerful influence of all.

As the industry adjusts to their presence we will also begin to see how agencies will navigate the legal waters, but one thing is for sure, everyone is under the influence and there are a ton of changes to come. When it comes to politics, influencers should never forget their responsibilities to their audience or compromise their opinions in the name of a check. There’s too much on the table. 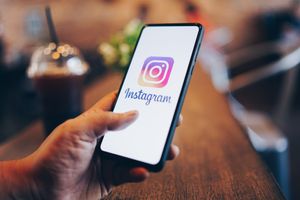 
Instagram Cracks Down on Influencers Failing to Disclose Commercial Partnerships 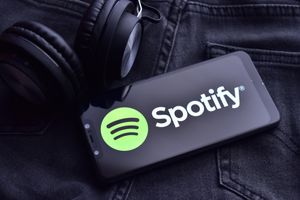