TikTok has announced plans to commission hundreds of experts and institutions to produce short-form educational content for the platform. The company is investing £13 million ($15 million) into the launch of #LearnOnTikTok, a new programme partnership that will curate educational videos on the platform across Europe.

TikTok had the most downloads any app has had in a single quarter in Q1 2020 with 315 million downloads, according to Sensor Tower. With the platform most popular with Gen Z, the move marks an attempt to diversify its users and content, and “help educators everywhere share their talents and knowledge.”

In addition, TikTok creators and non-profit organisations will create content for the #LearnOnTikTok programme. Some of those creators will work directly with the social media app’s in-house creative team to produce videos, while others will create their own.

People are increasingly visiting the app to learn new skills from life hacks to cooking tips. This was made clear when the app launched an educational programme in India in October last year as it looked to expand its offering in one of its biggest markets. The #EduTok campaign saw users create short tutorial videos and generated 48 billion views.

TikTok said at the time it would fund more educational content on the platform but the pandemic has sped up the process as more people are consuming content as they are stuck inside. There is a plan to launch a similar fund for educational videos in the US.

“We’re hoping more educators will join us in creating the most diverse ecosystem of short-form learning and entertainment content,” the company outlined in a statement.


How Influencers Can Help Brands Selling on Amazon 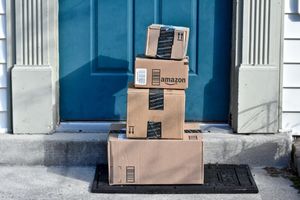