TikTok Sees 375% Growth in the US, New Report Finds

Guest Writer January 17, 2020 — 2 minutes read
TikTok saw 375% year-on-year growth in the US last year in terms of time spent on the platform according to App Annie’s The State of Mobile 2020 report. In addition, App Annie revealed that US consumers spent 85 million hours on the platform, up from 15 million the previous year. The company found that US consumers spend more time on TikTok with their smartphones than other video services like Amazon Prime Video. The report looked at mobile’s expansive impact across industries and the global economy.  As both a social networking and entertainment app, TikTok’s platform provides a new way for brands to reach an engaged and growing audience. According to the report, global time spent on the app grew 210% year-over-year in 2019, both from expanding user bases and increasing time spent per user. Although the app’s usage has increased globally, eight of every 10 minutes spent on TikTok last year were by users in China. India was the second-largest user of the app while the US was third. Across the globe, users spent 68 billion hours on TikTok.

The report also looked at iPhone users and cross-app video streaming usage beyond Netflix. Disney Plus and Hulu saw the most crossover followed by TikTok – ahead of the likes of Twitch and Amazon Prime. TikTok saw the greatest two-year growth ahead of platforms.

“Traditional streaming providers are not only competing against each other but we also see these platforms competing with other apps like TikTok for increasing mindshare. Beyond impacting both the social media and the entertainment competitive space, TikTok has implications in the advertising space. Given TikTok’s rapid growth in time spent in the app, global user base and strong affinity among Gen Z, it is poised to capture attention for its advertising capabilities.

“However, it is important for brands to consider the subject and format of their ads given TikTok’s videos are user-generated and often consumed in vertical format. Highly polished video ads made for television (in a landscape format) may not work well on TikTok. Investing in content that feels authentic and filmed in portrait mode could be important to both not disrupting the user experience and seeing optimal performance metrics,” commented Lexi Sydow, senior marketing insights manager at App Annie.

User-generated video content is another trend in the social space that grew last year. TikTok has grown to become both a social networking app and a source of entertainment, showcasing short, user-generated videos, often featuring lip-syncing or comedy. “Snapchat, Instagram, TikTok all leverage user-generated video content to drive engagement largely in one-to-many standpoint, but also in one-to-one comms. Video consumption on mobile is large across the board — entertainment, sports, news, etc — and is a powerful way of engaging consumers on-the-go,” Sydow said. With consumers spending three hours a day on mobile, it’s clear how vital this platform is for all businesses in 2020 and beyond.
Share this post
The link has been copied! 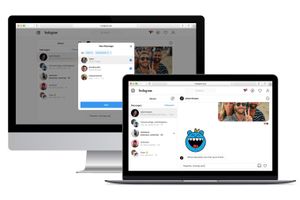