Virtual Influencers: Will They Dominate the Advertising World?

Will virtual influencers really become a central component of the advertising mix? Dudley Nevill-Spencer, the face behind The Virtual Influencer Agency, thinks so. As the creator of virtual influencers for brands, Neville-Spencer discusses the myths around how virtual influencers actually influence, the misconceptions around their worth in the channel, and sheds some light on the processes behind creating them.

Let’s start at the beginning

what were the thought processes behind creating a virtual influencer and their virtual life?

We are moving into an era where we no longer interact with the internet through text-based means; we are moving into voice and virtual human interaction.I believe we will communicate with companies through virtual humans, asking them questions about their product or service, they will be customer service reps and problem solvers. We will use personal virtual assistants – most likely on watches or as eye overlays on glasses – who will have all our data and be able to best advise us and help us with our daily issues and problems. For entertainment, two dimensional “flat” screens will give way to virtual entertainment where we will be able to interact with the protagonists of the stories we engage within a virtual and mixed virtual environment overlaid onto the real world “The magic verse” or the “Meta Verse”, this is a whole new topology overlaid onto our existing world, this is currently being built. At every point in the above paradigm, brands will need a representation as either customer service rep, an ambassador, or an entertainment unit that has a relationship with their target audience – this is already happening. This is what we create – virtual influencers that form a bond with target psychographics and tribes that we have analysed through machine learning tools as useful for the brand.

Can you tell us more about the technology behind the virtual influencers you create?

We use social listening tools to understand the tribes that are engaging with the brand’s category. We focus on interests and psychographics – not age – and from this we know the type of character we need to create to appeal to the audience in question. Next, we use image recognition tools to understand the content they best respond to. Finally, we use multiple 3D modelling software tools to create the virtual influencer, then overlay it onto photography or stick to full CGI.

What elements go into deciding an influencer’s morals and ensuring they develop an emotional bond with fans and followers?

It is mainly about understanding the make-up of the target audience and blending this with the key brand values of the client in question. We also use an AI “tonal analyser” to present back to the client the type of language the virtual influencer would use to make sure they are comfortable with it and it fits the brand.

With relatable content being the appeal of influencers, how do you envisage a virtual influencer persuading followers to purchase?

Anthropomorphises. When we anthropomorphize something, that is, see it as having human characteristics we start to think of it as worthy of moral care and consideration. It is impossible for a human not to have an emotional connection with something that looks human. It sits in the reptilian part of our brain.So, if we create relevant content that connects and reflects the audience values then we relate and the influence is achieved. I think there is also a misconception that influencer marketing is all about authenticity – it’s not – that’s a fallacy. It can be about authenticity, but every 12-year-old knows that almost 100% of all lifestyle influencers posts are fake. That doesn’t stop them aspiring to look like them or aspire to their lifestyle. At the other end of the scale, we have friends and family. These are the people we trust who have authentic content. We also trust them because we engage with them, communicatewith them and have a relationship with them. That’s what we aim for our virtual influencers to have. This is a generalisation but it holds true in most cases.

How do you ensure the content is not misleading but is instead transparent?

We are lobbying for all virtual influencers to be watermarked so you know what you are talking to is not a person – this is of utmost importance.

Substituting digital constructs for real people creates a range of challenges. What challenges do you face and how do you overcome them?

There are two keys issues. Firstly, people don’t understand how the brain works. They suspend disbelief every time they read a novel or watch a film, yet they think that virtual influencers are in some way different. Secondly, some people think it’s in some way harmful. Tech isn’t harmful; it’s how you use it and the motivations of the people behind it that makes it harmful.

Some people call into question virtual influencers’ worth and value in the channel. What would you say to those that think they are a ‘fad?’

They are clueless. I predict the entire internet and the way we interact with the world will be dominated by virtual humans in ten years. I equate it to 2007 when there were under a million smartphones in the world – ten years later there were 4 billion – that is how it will be with virtual humans.We are in the equivalent of 2007 right now. In 2015 I had CEOs from the big five network agencies telling me that influencer marketing was a fad. I don’t blame them. They didn’t understand what it really was: micro-targeted, psychographic-informed, data-driven integrated marketing which will grow and grow and grow. As we move into an era of almost complete dark social where the consumer owns their data and advertising is further blocked it will take more and more media budget. It is the future, albeit one that will exist with traditional advertising. It will become as important as and be a central component of advertising.

Why do you think we are seeing more virtual influencers cropping up in the influencer space? If the number of CGI influencers increases what will you do to ensure they are not normalised?

I want them to be normalised. When they are normalised and are a central component of our advertising mix, then my job will job well done!

What do you think? Share your thoughts on virtual influencers in the comments section below. 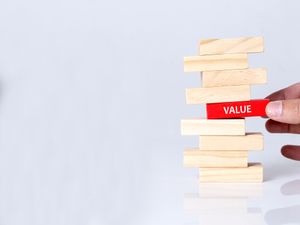 
How Can Brands Determine an Influencer’s Value?


Industry Responds to TikTok Users Being “Exploited” by Influencers 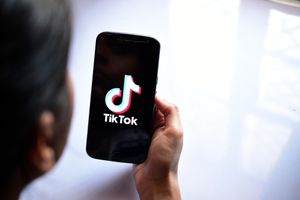