16 Influencers Agree With CMA to Clarify When They Post Ads

Guest Writer January 23, 2019 — 3 minutes read
16 social media celebrities have agreed with CMA to change how they label their social media advertisements. Celebrities including Ellie Goulding, Rita Ora, Zoella and Alexa Chung have said they will now clearly state if they have been paid or received any gifts or loans for the products they promote. The celebrities were already being investigated as they had previously broken the rules repeatedly. If the celebrities listed fail to comply with the agreement with the CMA, they could face fines, be taken to court or even prison sentences of up to two years. The agreements were made after the Competition and Markets Authority (CMA) issued warnings that their social posts could break consumer law. The law requires influencers to make it clear if they are paid or are rewarded to promote, review or talk about a product on their social media channels. Otherwise, they run the risk of misleading their audience and receiving warnings from watchdogs. Last August the CMA launched an investigation into advertising compliance and as part of the investigation, the watchdog has since written to a range of influencers to find out more about the agreements they have with brands and find out information about their posts. The CMA and ASA recently published a guide to help influencers stick to the rules by making it clear when their posts are in fact ads.

There is lots more that needs to be done when it comes to ad disclosure and law compliance. In a recent study by CollectivEdge, it was found that 37% of respondents admitted they found the rules surrounding sponsored content confusing, indicating more needs to be done to make the rules clearer for both influencers and brands from the very start.

“Transparency over brand affiliations is certainly a step in the right direction, however it doesn’t address any slip in the quality of content being produced among influencers,” saidSophie Light-Wilkinson, VP Marketing at Bazaarvoice.“While changing the nature of influencer content is no overnight fix, the silver lining here is that an immediate solution is already being highlighted by consumer behaviour. As the relationship between brands and influencers matures, it’s up to brands to find ways of augmenting and curating what true, customer content they can generate to ensure this is the information being accessed online,” continued Light-Wilkinson.“It’s a real step forward for brands. One thing that many influencers have expressed is that they care about who they partner with because those partnerships are now a reflection on them and their authenticity,” said Rakhee Jogia, VP, strategic partnership and supply at Rakuten Marketing.“We have to appreciate this one nascent marketing channel is maturing fast. Two years ago, only 20% of marketers were able to effectively demonstrate the impact of influencers through indirectly influenced sales. Now, awareness of the tools available to these brands has risen and we’re seeing influencer marketing being treated far more seriously for the impact it can have on revenue and in this landscape, transparency with the consumer is critical,” concluded Jogia.

“The work being done by the CMA and ASA to reinforce existing advertising regulations is a certainly a step in the right direction. Influencer marketing continues to grow and while many influencers do stay within the guidelines, there are plenty that don’t. Clear guidelines on this issue means more clarity and less opportunity for misunderstanding.  The aim must be to make it easy for influencers, and the brands that engage them, across all social media platforms to understand the rules governing advertising on social media and to provide transparency for the customer,” said Sarah Burns, MD of Prizeology.

The CMA will also be carrying out investigations into the role and responsibilities of social media platforms. Last year, the ASA investigated advertising on social media after various complaints were raised about the practice. TV star Louise Thompson came under fire after it found that her posts on Instagram were actually product placements and she had not disclosed the fact they were, using the likes of #ad or #sponsored. “We welcome the new pledge from a list of high profile celebrities as part of the clampdown by the CMA, however, as social media continues to develop and mature – it’s even more important that influencers, brands, and businesses seek sound advice and consultancy from a specialist team that understand the regulations; has the necessary experience in dealing within this niche space, and can keep up with the evolving pace of technology and the changing regulations,”  said Adam Kerr, managing partner at Primas Law. 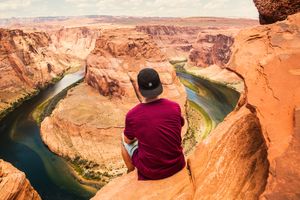 
How Travel Brands Can Turn to Influencers for Global Growth 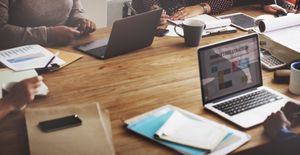