The Key to Keeping Consumers Loyal to Your Brand

Influencer marketing platform, HypeAuditor, has released new data revealing the brands that received the most organic engagement from influencers during the first half of 2022.

It may not come as a surprise that nine out of the top ten brands reported are fashion retailers; this type of influencer content is famously well positioned on Instagram. Zara, ASOS and H&M top the list, with Tesco – the only supermarket brand – ranking in tenth place.

Perhaps unsurprisingly, fast fashion retailers such as PrettyLittleThing, Shein and boohoo are ranked within the top ten and are well known for their social media partnerships with influencers.

The influencer marketing industry is set to be worth over $22 billion by 2025, therefore presenting an enormous opportunity for brands and influencers to grow and monetise themselves. It is fashion brands that tend to own the lion’s share of this.

Shein, which has skyrocketed in popularity over the last few years and is known for its ‘aggressive’ influencer marketing campaigns, was valued as the largest fashion retailer in the world earlier this year, with a $100 billion valuation – making it worth more than H&M and Zara combined. Just last week, it was announced the retailer pipped Amazon to the post as the most downloaded shopping app in the US, largely driven by its strong social media presence and collaboration with influencers including Love Islanders Ellie Brown and Demi Jones.

However, it is Zara that has made the top spot in the first half of the year, collaborating with over 2,600 influencers to promote the brand across social media channels.

What is perhaps more surprising, is that Tesco Food made the list. The UK supermarket is the only food retailer to be ranked within the top ten, yet has significantly fewer Instagram followers than the majority of other fashion focussed brands on the list. Tesco’s approach to influencer marketing differs from that of Shein’s – the supermarket is less likely to work with mainstream influencers from reality TV shows, instead opting to work with foodie influencers, often with a smaller following, including Julie Stanton, The Martin Family and, on the macro-influencer level, Jamie Oliver.

Ultimately, there is no one size fits all when it comes to gaining organic influencer engagement, but brands can take learnings from those who are clearly succeeding in order to grow their organic presence on Instagram too. 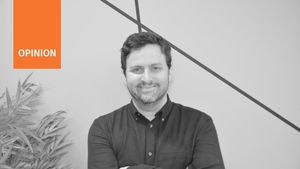 
The Marketing Funnel and Affiliates – Not What You Think


A Deep Dive into Inflation – What Does it Mean for You This Time? 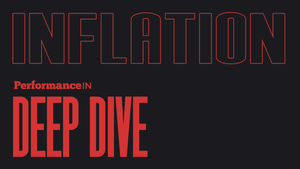