How AI Can Help You Avoid Influencer Fraud

Do you want to identify social media influencers for your marketing campaigns? You’re not the only one. Influencer marketing is a growing industry that’s market value has more than doubled over the last two years as more and more brands turn to the strategy.

The process of determining the authenticity of influencers isn’t easy if you’re just checking out social media. However, with the help of AI, it is possible to detect fake influencers and steer clear of them more easily.

How can you use AI to identify fake influencers?

If you’d like aid from artificial intelligence for your discovery of influencers, then you should sign up for the influencer marketing platform. It is a kind of software that permits users to find influencers based on things such as category, location, engagement rate, audience demographics, and many more.

The platform also gives an instant analysis of the profile of the influencer. It means you don’t need to inquire after influencers’ media kits or their internal insights data prior to starting your analysis. With AI, it’s also possible to get a superior analysis of what you would do by manually looking over their profile on social media.

What can AI teach you about the authenticity of influencers?

There are some important metrics to consider when determining whether the influencer’s followers are genuine or fake. Let’s look at each.

Many people concentrate on the number of followers that an influencer has. However, you must be aware of how they gained followers over the course of time, too.

Organic growth should appear like an upwards-incline hill. The influencer could gain followers at a low rate, however, growth should be consistent and steady.

However, when you notice sudden increases in followers and follower growth, you must investigate further. The first step is to determine whether the influencer was a part of an event or went viral during the increase.

Perhaps they were featured in a show on TV or premiered their first single. If you notice something similar to that, then it might be a reason why the influencer gained numerous followers in a single day.

However, in the absence of any rational explanation for the rapid growth, consider that the influencer might have purchased a group of fake followers. If that’s the situation, you must examine the other metrics listed in this list to confirm if any of their following is fake.

Engagement rate compared to the benchmarks for their peers

The engagement rate is a measure of interactions between influencers and followers. Influencers with high engagement rates have audiences who trust them and enjoy their content. This is good for brands that the influencer promotes.

Manually, you calculate the engagement rate by adding the number of interactions that occur on a piece of content, dividing that number by the number of followers, and then multiplying the result by 100. Take the average from a small amount of content to gain more of an idea of the level of engagement that an influencer has.

Average engagement levels vary based on the social network, the follower range, and the influencer category. So don’t look at the engagement rates of TikTok influencers and compare them to the benchmarks for Twitch streamers. Those networks have different ways to engage with content, so the average rates differ.

Likewise, don’t hold influencers who have 15K followers against those who have 150K followers. Bottom line, it’s important to know the average for the specific kind of influencer you’re looking at.

This can be made easier if you’re assisted by AI. The programme will automatically analyse influencers against data for their peers and will inform you how they stack up to the average. The AI will also give you a qualitative indication of engagement rate, like low, average, high, or suspiciously high.

Take a look at the analysis of the audience according to demographics. Consider things such as gender, age, interests, location, and language. This is beneficial because of two reasons. One, it helps ensure that the target audience of the influencer matches your target audience.

It also helps to identify any discrepancies that might identify fake followers. For example, if you discover that the majority of the audience is from a country that the influencer does not have a connection to or never visited, you may want to investigate further.

In the end, AI can give you an estimate of the percentage of the audience that could be fake. AI examines the accounts and followers who interact with the content of an influencer to determine whether they are performing actions that are typical of bots.

It’s common for influencers to have a tiny percentage of followers who are suspicious. However, when you are looking for influencers to use in your company’s marketing efforts, prioritise influencers that have a minimum of 80% real audience. And of course the higher the authenticity, the better.

Influencer fraud continues to be an issue for marketers across the globe. Everything on social media is available to purchase and sell such as followers as well as likes, comments, and shares. Fortunately, artificial intelligence will help you discern these fraudulent techniques and help you find genuine influencers to your marketing campaigns. 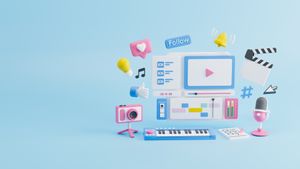