Nano Most Popular Influencer Tier Over Past Year, Finds Report

Influencer Intelligence’s latest ‘Rise of the Nano Influencer’ report found that nano influencers have been the most popular influencer tier over the past 12 months.

The company surveyed 359 marketing specialists on the newest emerging tier of digital influencer. Nano influencers are typically classified as content creators who have a natural aptitude for influence and have anywhere from 1,000-5,000 followers. “They typically have a particular skill, voice or expertise in a niche sector so they are able to drive their audience to action,” outlines the report.

The report found that 76% of those surveyed have already been working with nano influencers over the past twelve months, suggesting they are the most in-demand tier for brand collaborations. This was closely followed by micro-influencers and in comparison, top tier influencers only received 35.6% of the vote.

Furthermore, of the 24% not currently working with this group, 43% intend to start doing so in the next year and 35% after one year,  indicating nano influencer outreach is in the pipeline for many marketers.

Out of those surveyed, 69% stated nano influencers had boosted consumer engagement with their brand. Additionally, 45% of respondents were attracted to the higher engagement rates (often due to their specialised subject matter) that nanos can offer.

Opinions were divided on the matter of whether nano influencers require formal contracts or not. Whilst some felt it unfair to ask nanos to sign a legal agreement due to their lack of experience, others think nanos should be treated the same as any other influencer partner to help protect both parties and mitigate risk.

Rahul Titus, head of influence at Ogilvy said: “I think people assume contracting will be a faff and painful, but actually, the amount of protection a contract brings for a brand, as well as the influencer, is indispensable. We would never recommend working with an influencer without a contract.” 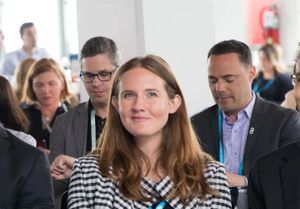 
A Day in the Life: Molly Doyle Young, Product Marketing Manager at Impact


How To Work With Influencers Now: Content That Works in a Crisis