Estée Lauder Commits 75% of its Advertising Budget to Influencers

In what’s being described as a big move for the company and industry in general, beauty cosmetic giant Estée Lauder has announced that it’s committing 75% of its advertising budget towards influencer marketing.

The news was confirmed by the company’s CEO Fabrizio Freda, following the firm’s second-quarter earnings where the majority of its financial investment is going towards digital marketing with influencer marketing being a primary target. Estée Lauder reported net sales of $14.86 billion this quarter, a 9% increase from last year’s net sales, according to the company.

“Over time we have invested much more in advertising, and now I would say that every one of our brands has some investment depending on where they are,” said Freda in a statement; “These investments are mainly now in digital. Seventy-five per cent of our investment now are in digital social media influencers, and they’re revealing to be highly productive.”

The move is a big step for the company as it continues to innovate and bring new initiatives to the table. Influencer marketing is a great avenue for Estée Lauder as it owns more than 30 skincare, hair and makeup brands, including Clinique, La Mer and Smashbox. The firm spent over $900 million on influencer marketing in 2017 solely in the US, according to Statista and it’s likely to rise for the remained of this year and into 2020.

“They’re highly productive because we are doing a very good job in advertising, quality on asset, in targeting but frankly they’re very productive because we have learned much better how to focus our investment where there is growth,” he added. “When you expose your investment to growth, they have a much better rate of return. And that’s what is happening in this moment and that’s what we manage daily,” Freda concluded.


How Can We Get Ahead of the Influencer Backlash? 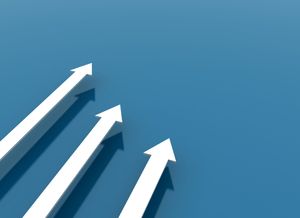