Guest Writer June 7, 2019 — 1 minute read
Snapchat is feeling the pressure from platforms like Instagram and is upping its e-commerce game. Snapchat has launched an in-app shop feature for top influencers on the platform, meaning that users will be able to purchase products directly within the Snapchat app.The shops will be powered by Shopify and users can access the shops by going to an account home page.  Only select accounts will be given this shop feature privilege and currently, only five official in-app shops have launched: Kylie Jenner (Kylie Cosmetics); Kim Kardashian (KKW Beauty); Spencer Pratt (Pratt Daddy Crystals); Shay Mitchell (Béis); and Bhad Bhabie (BHADgoods). In the coming weeks, this will expand to the likes of Khloe Kardashian (Good American) and Rob Kardashian (Arthur George) as well as publishers towards the end of 2019. At the moment, the feature is for Snapchat users in the US only due to privacy and data regulations overseas. International users will be directed to a mobile website. For the time being, unlike Instagram, Snapchat said it is not taking a cut of the sales. It wants its users to stay engaged and offer influencers a way to generate revenue from the platform, as many of them have products to sell.

The store comes after Snap partnered with Shopify to allow Shopify merchants to buy and manage Snapchat Story ad campaigns on Shopify’s platform.

The launch of the new tool calls into question who owns the data. According to Digiday, “Snapchat only sends a user’s contact phone number and email address to a merchant if they complete the purchase. Shopify store owners are unable to retarget Snapchat users that abandon their shopping baskets.”
Share this post
The link has been copied! 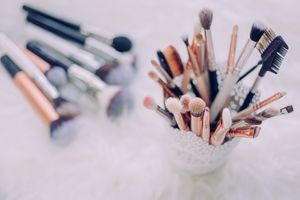