Guest Writer July 17, 2018 — 2 minutes read
Last week Twitter removed millions of fake followers and bot accounts in a ploy to restore trust in microbloggers and encourage healthy conversation on the platform as part of a crackdown to stop misuse of the site. As a result, users with larger followers may have seen a major drop in the number of followers they have. Follower count is one of the most visible features on the platform and is often associated with the credibility of an account. A joint study by University of Southern California and Indiana University, published in March 2017, claimed that there were more than 48 million bot-controlled accounts and 9% to 15% of tweets come from such accounts. For example, Twitter Audit put CNN’s fake followers at over 12 million. Twitter’s own primary account lost 7.75 million locked accounts, registering a drop of around 12% from 62.85 million to 55.1 million. According to research from social analytics firm Keyhole Analytics, the 100 most followed Twitter accounts saw an average drop in followers of 2% due to the cleanse.In contrast, Facebook has said it will not remove fake followers but instead demote them. The company said it would not remove fake news that did not break its rules but would down-rank content that had been marked as false. The site has carried out a trial displaying a red warning icon next to articles that fact checkers had identified as false, only to find that this approach had “entrenched deeply held beliefs’’. They believe banning these ‘fake’ pages would be contrary to the basic principles of free speech.

What does this mean for brands and influencers?

Twitter’s move to remove fake followers follows on from a debate around the transparency of the influencer ecosystem after CMO Keith Weed called for “urgent action” to clean up the influencer marketing ecosystem at this year’s Cannes Lion festival. In response to the platform’s actions, Weed said that Twitter is “taking a big stand against fake followers polluting the digital ecosystem” while urging others to follow suit.With Twitter taking these measures, brands should now be able to determine the true number of followers an influencer has and as a result, see accurate engagement rates. The change should see greater transparency, which leads to greater authenticity and in turn builds trust with audiences. For genuine influencers, it means that they can create meaningful engagement and quality campaigns to deliver more effective marketing. Although the axed accounts weren’t real to start with, no brand or influencer’s real engagement should be affected. The algorithm is determined not by how many followers they have but by engagement rates, active community involvement and original content to ensure brands reach their intended audience and see better results.
Share this post
The link has been copied! 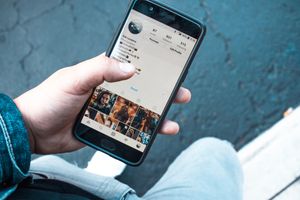 
How to Win Fans and Influence People 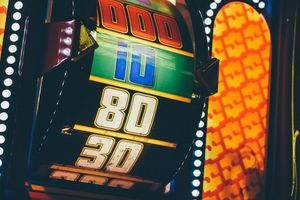