YouTube Safety and the Rise of Aspiring Child Influencers

The new feature will be targeted towards parents of ‘tweens’ and young teenagers, who are ready to move away from the YouTube Kids app which hosts a curated selection of content suitable for children under the age of 13.

In a blog post announcing the new feature, James Beser, YouTube Director of Product Management, said, “We’ve heard from parents and older children that tweens and teens have different needs, which weren’t being fully met by our products.”

How are children spending their time on the internet?

In a 2020 US Pew research, 71% of parents surveyed with children under the age of 12 said they are at least somewhat concerned their child may be spending too much time in front of screens, with 31% admitting that they have major concerns.

In the same study, YouTube emerged as the most popular platform among children. 89% of parents, with children between the ages of 5 to eleven, said that their child watches videos on YouTube, as did 81% of those who have a child age three to four, and 57% of those who have child age two or younger.

It is also important to note that this study took place before the COVID-19 pandemic, and before lockdown restrictions encouraged many to stay inside, thus engaging more in on-screen activities.

46% of the parents studied admitted that despite acting as an educational platform for their child, they do have concerns about their children gaining access to YouTube content that isn’t age-appropriate. YouTube’s new supervision feature aims to reduce these concerns.

The impact of social media influencers on children

In Ofcom’s 2019 ‘Media Use and Attitudes’ report, which focused on children between the ages of three and 15, results showed that almost half of 12 to 15-year-olds, and more than a third of eight to 11-year-olds watch vloggers or influencers.

Alongside this, a 2019 report from Morning Consult discovered that 86% of Gen Z and millennials surveyed would post sponsored content for money, and 54% would become an influencer given the opportunity.

We are becoming increasingly aware of the money that can be earned from being a YouTube influencer. Fitness YouTuber, MattDoesFitness, who has 2.3 million subscribers, posted a video in January this year where he was completely transparent about his YouTube earnings in 2020 – which totalled $402,000. Looking at figures like this, it’s no wonder that children are aspiring to follow in similar footsteps.

Because parents may still have concerns about the authenticity of influencers, and the way they are presenting themselves and their lives online, social media platforms continue to put resources in place to make their platforms safer and more honest, especially with younger users in mind.

This week, the news was reported of YouTube Preschool Stars Vlad and Niki being signed to Underscore Talent, who will work with the boys’ parents to oversee all areas of the entertainment property including furthering content offerings, partnerships, and merchandising. The young pair, who are just four and six years old, have a colossal 63.3 million YouTube subscribers, allowing them to grow as a business entity.

But with YouTube announcing in 2019 that the platform would no longer allow the majority of channels featuring children to include comment sections, following concerns over predatory comments being posted on videos of children, there is potential for safeguarding risks surrounding child content creators. Family channels or channels featuring children are advised to closely monitor their comments if their comment section is enabled.

Although we now widely recognise content creation on YouTube and influencing as valid career paths, unfortunately, it cannot be guaranteed that video comment sections will exist exclusively for content feedback and for content creators to build relationships with their audience. When YouTube restricted comments in 2019, they reported deleting tens of millions of comments and removing more than 400 channels associated with predatory comments on videos starring minors.

Many will also argue that there are privacy concerns in regards to content featuring children on YouTube, as children below a certain age are unable to give their consent to being featured online.

Channels such as the Saccone Joly’s, publish regular content featuring all members of their family, including their children. Jonathan Joly, began posting daily vlogs before he and his wife Anna had children, so introducing their children into their content seemed like a natural progression. Jonathan has always responded to comments concerning the welfare of his children by saying that if his children no longer want to be a part of the channel, he will honour that entirely.

Ultimately, when looking at how children use and access the internet, it is down to the digression of individual parents to put rules and boundaries in place to protect their child. YouTube, and other social video platforms, can work in response to the praises and concerns from parents and adults regarding safety, and work towards ensuring the platform is as safe as can be. 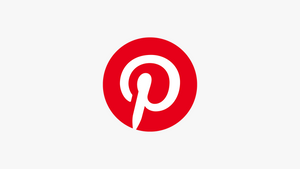