CAP, which creates the UK advertising codes administered by the Advertising Standards Authority (ASA), has outlined that exposure to gambling ads that comply with the UK’s Advertising Codes is, in itself, “unlikely to harm under-18s.” However, it emphasised that it must impose restrictions on targeted ads to “address the potential risks.”Restrictions have also been put in place around social media targeting and influencers, stating that gambling operators must use all the tools available to them on a social network platform to prevent targeting their ads at under-18s.It also stated that gambling operators should take care when identifying influencers to promote their products or brands, taking into account the influencer’s “likely appeal” and obtain audience data to “ensure that under-18s are not likely to comprise more than 25% of the audience.” The new rules also mean that popular figures will no longer be able to appear in adverts likely to be seen by those underage, including sportspeople and celebrities.

“Our new standards respond to the latest evidence and lessons from ASA rulings, and require that greater care is taken in the placement and content of gambling ads to ensure they are not inadvertently targeted at under 18s,” said Shahriar Coupal, director of CAP.The standards will begin to roll out from April 2019.

This news follows on from the BBC Panorama that aired earlier this week investigating influencers. The programme featured a 13-year-old boy that was encouraged to gamble on YouTube. In addition, in January this year, top YouTubers with core audiences of eight-16-year-olds were found to be running paid-for content for MysteryBrand – an online gambling site. Many questions are being raised around the role advertisers play in taking responsibility of targeting on social media platforms and using influencers to promote their products or experiences.

Have something you want to say about this? Comment below or reach out on socials. 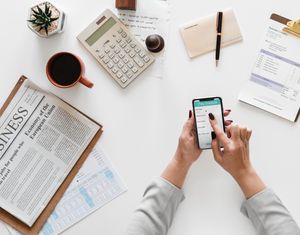